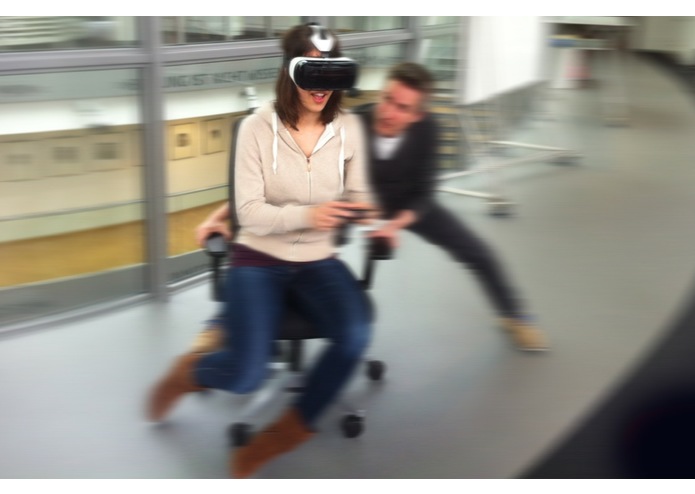 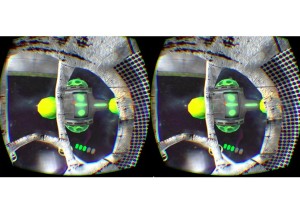 We have a better way for you and your co-worker to spend your time at the office and you don’t even have to get out of your chair. Office spacer is the first Gear VR game that offers a physical full-body experience–and it does so by leveraging your office. To fight back alien invaders, physically rotate your command chair into attack position at the push of a gamepad button. Feel the massive physical impact of the enemy drones crashing into your ship. Get the spins as impacting meteors spin your capsule out of control. 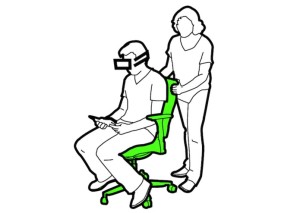 The secret behind office spacer is your board computer Allie. Allie is not only good with machines, but also with people. This allows her to command not only the weapons of your ship, but also to get a hand from your co-worker, who she makes shake and spin your office chair just at the right moment. The result is virtual reality that is not so virtual after all.

Office spacer is a two-person game running on a single Gear VR. Only the player sees the virtual world. However, by running the gear without audio headset, your co-worker can listen in on the game and in particular hear Allie’s commands. Allie’s carefully timed audio commands allow your co-worker to do the right thing at the tight time.

Take turns–it’s fun. Office spacer–putting your co-worker to work since 2015.

The key idea behind office spacer is to create a physically immersive experience for the player by making a second person perform the required physical work. Office spacer is a simple turret shooter game; the physical actions are rotation, physical impact, and spinning. By physically seating the player on a swiveling office chair, we make it easy for the co-worker to perform these actions. We make the board computer Allie verbally repeat the player’s gamepad commands and warn of imminent collisions. Since we run the gear without audio headset, the co-worker listens in on Allie’s audio commands. All commands specify what to do and when to do it, allowing the co-worker to get action and timing right to provide the player with an immersive experience that goes beyond images and sound.