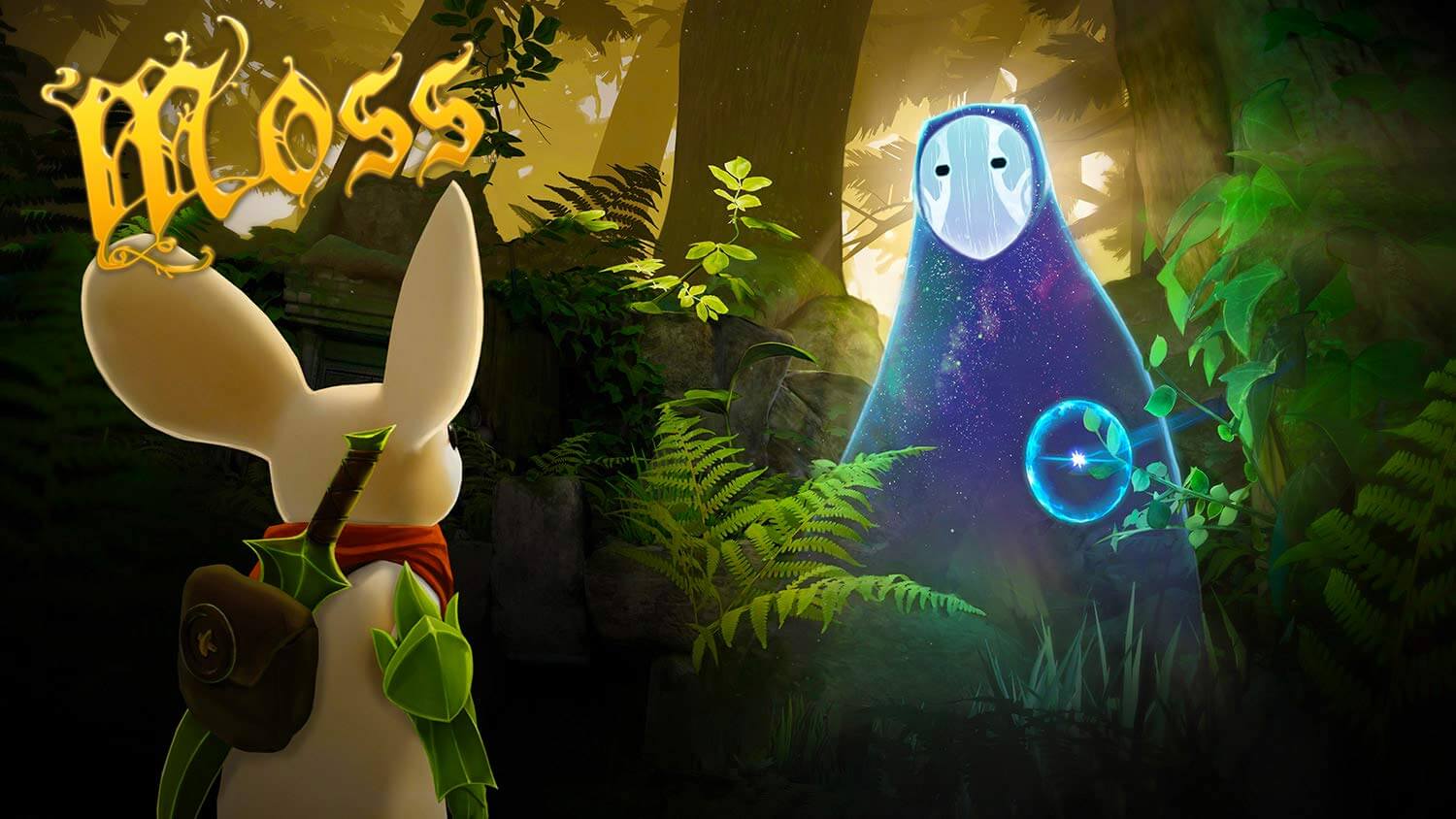 It has been a long time since I tried a VR game that I couldn’t stop playing. I was taken away for hours in beautiful surroundings and magical sounds of Moss. The game took me to the world of a brave mouse named Quill. Together with that mouse, I had to save his grandfather from the hands of evil.

Right after I dived into my headset, the atmosphere was set so right and I directly fell in love. I found myself sitting in a church with a book in front of me and as I turned the pages a perfect voice began telling me the story of Quill. The voice told me that I was the reader. As a reader, I was connected to Quill and we were set to start an adventure in which we have to drive away evil.

After reading the book I was taken into a forest where a small curious mouse was walking towards me. Again I was amazed by the beauty of this new world. Perfect forest sounds, gorgeous trees, and leaves falling into the water beneath me. Suddenly I´m shocked by a crow that was flying over. Just like the little mouse that quickly hides under a tree trunk a little further. Under that tree, Quill found a luminous glass shard. As soon as the crow is gone, she picks up the shard and puts it in her bag.

The band as a reader

Then she is startled again. The facial expression on Quill’s face is done very nicely. It feels so realistic. Carefully Quill walks towards me and points to the water. I look down and see myself as a sort of blue luminous ghost. I am the ‘reader’ a kind of protector. The mouse has to hurry up, the doors of the village will close soon and if she is late Quill does not come in.

On the way to the village, you´ll learn the tricks of the game. I play Moss on my Oculus Rift this time. Via the stick, on the left controller, I control Quill, while I can jump via the buttons on the right controller. Also, just like my head, the position of my hands (the controllers) are visible in the game. This allows me to reach for obstacles and grab and move them via the triggers (squeezing movement). Because everything is in virtual reality the world really has depth and I can look around and behind objects. That really adds an extra dimension to the whole experience. It felt like I was really there.

In the worlds that follow you will find more and more obstacles and puzzles. With good teamwork, you can help Quill further. And although you control Quill yourself, it feels like the animal is going its own way. The puzzles start easily. For example, you can move a statue on a button to open fences. But in the end, the order in which you move objects is also important.

The number of enemies in Moss is limited. I have been able to count about four, but the final boss in this game is really phenomenal.

So many details and care

The creator of the game, Polyarc, has put a lot of energy into details. Everything is perfectly done down to the smallest points. Even a background with deer reacts when Quill makes small noises. Together with the perfectly composed sounds that really give you the feeling that you are in a forest, castle or little house, this is undoubtedly the most detailed VR game that I have played so far. It all feels lifelike.

Yet there is a point of criticism. Moss is very short. I was able to play the game by myself in two hours, without finding all the secrets. I think Moss can be finished in about three to four hours on average. That is a shortage for many gamers, especially if you are so spoiled with such a perfectly beautiful world.

Yet Moss is a Must-Have

Do you have to ignore Moss for that reason? Certainly not! Moss is by far the best VR game that I have played in a long time and definitely worth it. The price of €25 euros is, therefore, more than reasonable and you will not find more VR-bang for your money at this moment.