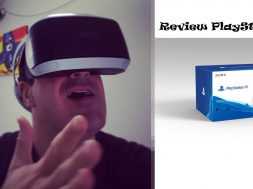 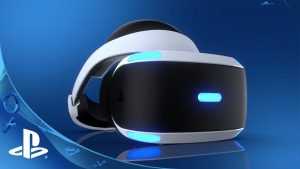 In 2014 Sony began a project under the pseudonym Morpheus! I could not find out whether that’s a nod to the famous character from the movie The Matrix, but the current name PlayStation VR speaks for itself. In November 2014, when Morpheus was announced, I already pre-ordered the headset at my regular game shop. After almost two years of waiting I could pick it up. I was expecting a big crowed for the opening, but sadly I was the only one. The received units weren’t even sold out. It didn’t stop me from buying it.

Finally, I can play with the PlayStation VR in my own home, no hired staff that is looking at the clock and tap me on the fingers if I want examine something more than the average visitor that they plunge into the virtual world for the first time. No more waiting lines or appointments to play for five minutes. At home I can play as long as I like and take the PS VR to the test. Is this the perfect blend between budget and performance, or will I be sweating and vomiting after playing for a few minutes and discard it never to be used it again.

Of course “VR Sickness”, as it is called so subtly, very from person to person. One person can do ten rounds in the world’s most extreme roller coaster, while another pales away at the sight of a virtual dinosaur. I have had many virtual virgins and experienced the craziest reactions. From elderly cheering in the most extreme roller coaster, to bodybuilders that gave my Gear VR flying lessons at the sight of Jurassic Park. It’s always a surprise what kind of reaction you get, but it’s always a pleasure to see the enthusiastic response. That was the case with the first VR headset and certainly with the Oculus Rift DK2 (second developers kit from Oculus). To some extent the PlayStation VR is comparable with this VR headset, even the graphics are comparable, since most developers used a NVIDIA 600 or 700 series GPU. The graphics of the demos I showed to people in this period looked pretty similar to the PS VR. Also the hardware can be compared in a certain sense. Sony uses in their VR headset one 120Hz RGB OLED panel, just like the single panel in the DK2. The consumer versions of the Vive and Rift both use two separate screens. The tracking system is a bit different. Oculus uses infrared lights and Sony used a technique they previously used for the tracking of the Move controllers for the PlayStation 3. And that technique works amazingly well! After all the horror stories on Reddit, I had expected a terrible experience, but there was hardly a thing noticeable when playing. If you keep the limitations of one tracking camera in mind, playing with the PlayStation VR is just as good as any other VR headset. Just don’t hold your hands in front of the camera. And yes the picture jumps sometimes and you cannot use your controller when your back is pointed to the camera. But for people who are not used to the luxury of the Oculus Rift or HTC Vive this should not be a problem.

You don’t have to study higher mathematics to connect the PS VR headset to your PS4, my 6-year-old son could’ve probably done it. Everything is labeled with numbers and with the step by step guide it is a matter of minutes. You start by connecting the processor unit. This unit is connected to the TV with an HDMI cable. Then you can link the PlayStation 4 to the unit. PlayStation Camera is connected to the PlayStation 4. The unit is also connected via a USB cable to the PlayStation 4, unfortunately there is no USB port on the back of the PS4 so you have to connect on the front. To power the VR headset, the processing unit has his own power supply that goes in the back. At the front of the unit are two connections for a cable that will can be connected to the VR-headset.

If you finished connecting all the cables, you can turn on the PlayStation VR headset. This can be done through a remote on the cable. You can find the headphone jack on this cable as well. The headset is designed so that the cables run on the left side of your body. For me this is a bit clumsy because all the equipment is setup on the right. But with a little twist works. The first time the headset is switched on it explains how you can use it. 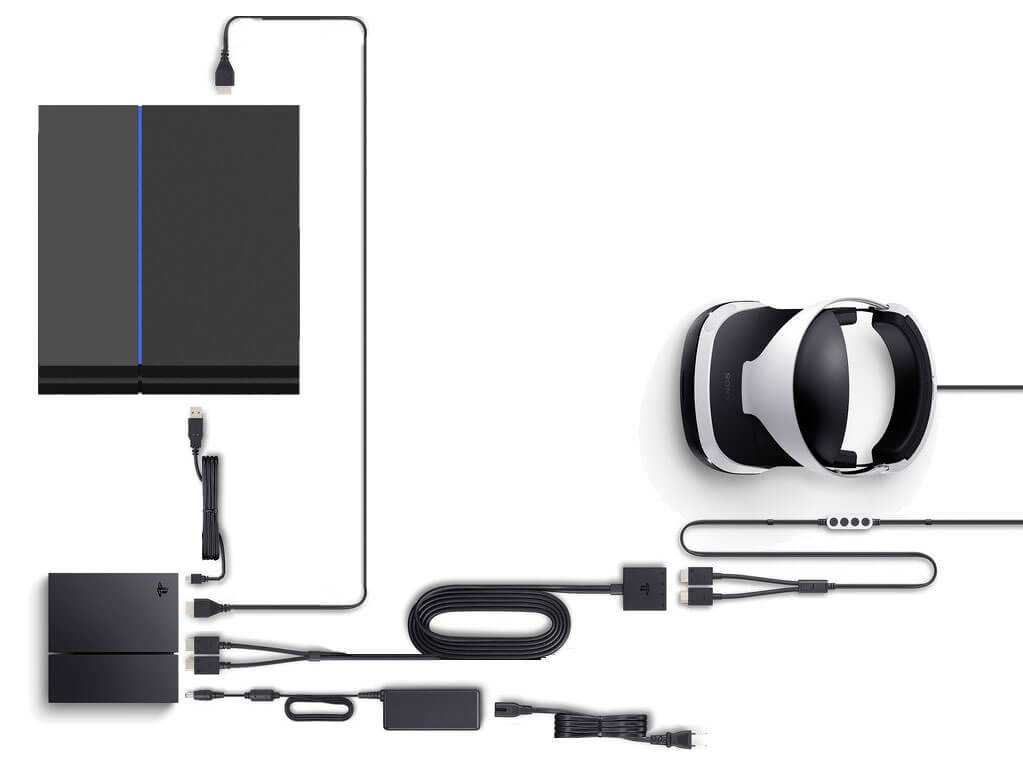 At the back of the headset is a button that must be pressed before you pull it open. Then you can slide the band on your head. On the front is an oval pillow that is leaning on your forehead and I must say it’s the most comfortable design than I’ve tried so far. If the headset sits on your head you can tighten it via a dial on the back. Then there is a button on the front of the headset that allows you to bring him closer to your eyes. It may sound complicated, but it certainly is not. The light weighted headset is made from reasonable quality and the lenses are crystal clear. The RGB display is shown to its right and looks even slightly finer than the Rift and the Vive. This is probably because RGB uses three sub pixels per pixel and display of Vive and Rift uses two sub pixels per pixel. The sound is fine, but the sound quality Rift remains unrivaled. Time to start the first demo!

With PlayStation VR you receive a free demo disc with a number of games. I started with PlayStation VR Worlds. In this demo I stood in cage that was slowly sinking into the depths of the ocean. A few manta rays came close by. The tracking system did work fine, though I felt a bit floaty. Maybe it was because I was sitting and not standing. The manta rays graphic look fine, but there is clearly a gap between the powerful graphics of a high end pc compared to the PlayStation. This is becoming even more clear when sunk deeper into the ocean. In TheBlu on HTC Vive I sat down on my knees to see the beautiful anemones and corals, in PlayStation VR Worlds the jellyfish are almost squares and they only move back and forth instead of gracefully swimming. It just doesn’t do it for me and it disappointed me a bit, because I had the feeling they could’ve done better in this demo. Soon after the jellyfish the demo ended. Time to attach the steering and give Driveclub VR try. 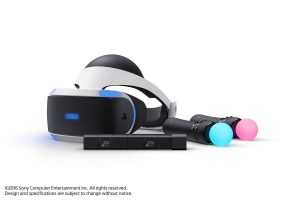 Driveclub VR is a great experience in virtual reality. It’s not a beautiful as a racing game on the PC. Yet it is no less fun to play. It’s just a little harder to look into the distance because the image is a little fuzzy. In Project CARS I sometimes stopped to see the environment, Driveclub doesn’t offer the beauty.  Nevertheless, I enjoy the PlayStation VR headset a lot. After a few laps around the track it’s time to try out the Move controllers. Sony has taken back in use these controllers and the best demo to try this is the Shooting Range of London Heist. Excited as I was, I put my Move controllers into a gun cabinet and started the game. After the game loaded I found out I have to keep up the controllers up to shoot. No idea why they choose to do so, but I was shooting at things while aiming at the sky. The tracking system showed his first flaws. Whenever I moved my hands in front of my headset it lost tracking. Also the screen shifts slowly the position. Eventually I sat with my back to the camera and the controllers couldn’t be seen by the camera. I had to find my right position and hold the option key to reset the position of the headset. Not very convenient if you’re in the middle of a shootout, let alone if you’re online in a combat. Fortunately, it seems that this is a problem that is software related so it should be easy to solve.

The PlayStation VR is exactly what I had expected. It provides a great virtual reality experience, but the graphics are not comparable to the PC. Sony has found the perfect balance between affordable hardware and a great gaming experience. Of course there are some teething problems in the hardware, but I expect that many of them will be solved. There are limitations, but all VR headset at this time have them. Graphically, the PlayStation can’t be improved much, and the tracking system will always be the weak point, especially when the visibility is blocked by your hands. If you keep these limitations in mind, you can participate in the rapidly growing VR community with pleasure. 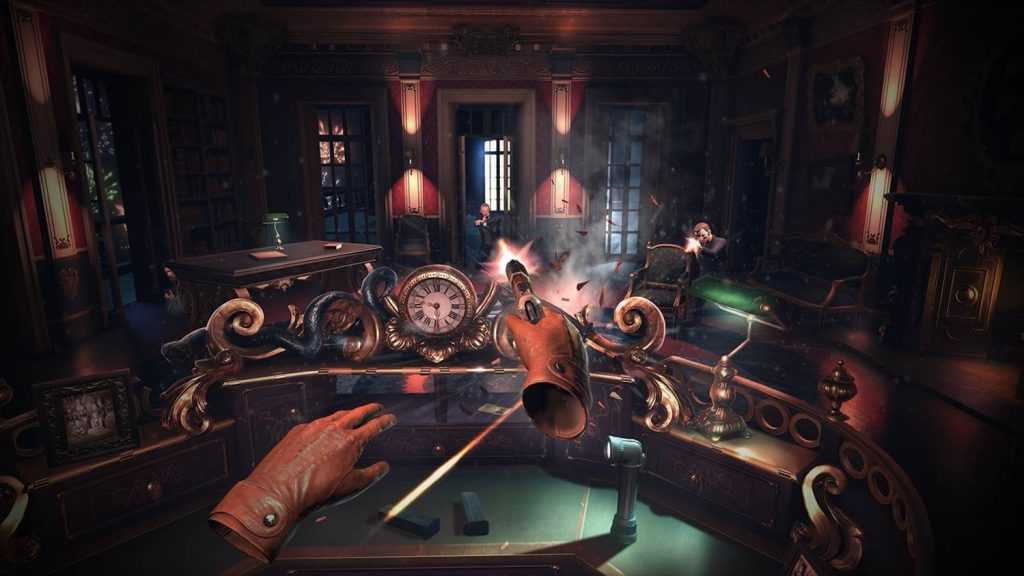 Now that all major hardware is released, I will do more Game Reviews VR Bites. Keep track of the website and follow my YouTube channel ClassicGamerNL for more virtual reality! Thanks for reading and if you have questions feel free to ask.