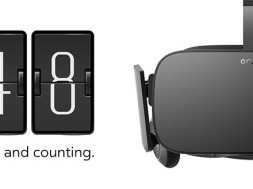 Oculus has just announced on their blog that the Oculus Rift will be available for pre-orders on January 6th 8am pacific time. It is expected that around this time will be a huge rush for the Rift.

Not much is announced. Previously Oculus announced that the Oculus Rift will be available worldwide, but we don’t have a definite answer yet. Today Palmer Luckey will give more info on Reddit and he will answer all the questions.

Lucky’s Tale is a single player platform adventure game that you can compare best to Super Mario 64. We played the game a number of times and have good contact with the developers. They recently told us that the game will be compatible with the Xbox One controller and focus is not on the Oculus touch-controllers. To the question if they are planning to release the game also for other platforms game director Dan Hurd answered the following: “We’re completely focused on our relationship with Oculus right now so that we can put out the highest quality product we can. Beyond that we can only speculate.“ So for now Lucky’s Tale is an exclusive title for the Rift and the Rift is worth buying just for this game only.

CCP’s EVE: Valkyrie is a multiplayer battle game set in space. The game is specifically designed for virtual reality. You take place in a spaceship and enter big realistic dogfights. You can compare the game with Elite Dangerous, only the focus is more on the fights as we know from the CQC option in Elite Dangerous. We’ve played EVE: Valkyrie several times and it is a must have game. We are delighted that is comes bundled with the Rift.

Palmer Luckey just confirmed in a Twitter message that pre-orders for the Oculus Rift will be global.

Pre-orders will be global, not US only – We have the required certification in 20 countries, more will follow.

He did not mension