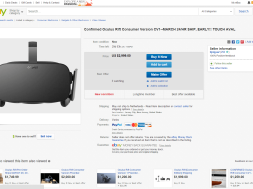 Did the price of the rift hold you from buying? A price of $599 just got a little bit more interesting now the eBay prices are showing up. Yester the website from Oculus went down. To much people ordering the rift. Palmer Tweeted:

Wow, people really want Rifts. There must be a lot of lurkers in the VR community.

In fact part of these lurkers are traders, people who sell the Rifts on eBay. At this moment more and more advertisements show up on eBay. Prices vary from $1000 until $3000 dollars. As we’ve experienced in te past with the DK2, buying a Rift is good business. Last year some Dk2’s we’re sold over $3000 dollars. So there is a good chance a lot of people just bought it to make money. Since new pre-orders ship in June the price will be high if you want to join VR at launch in March. 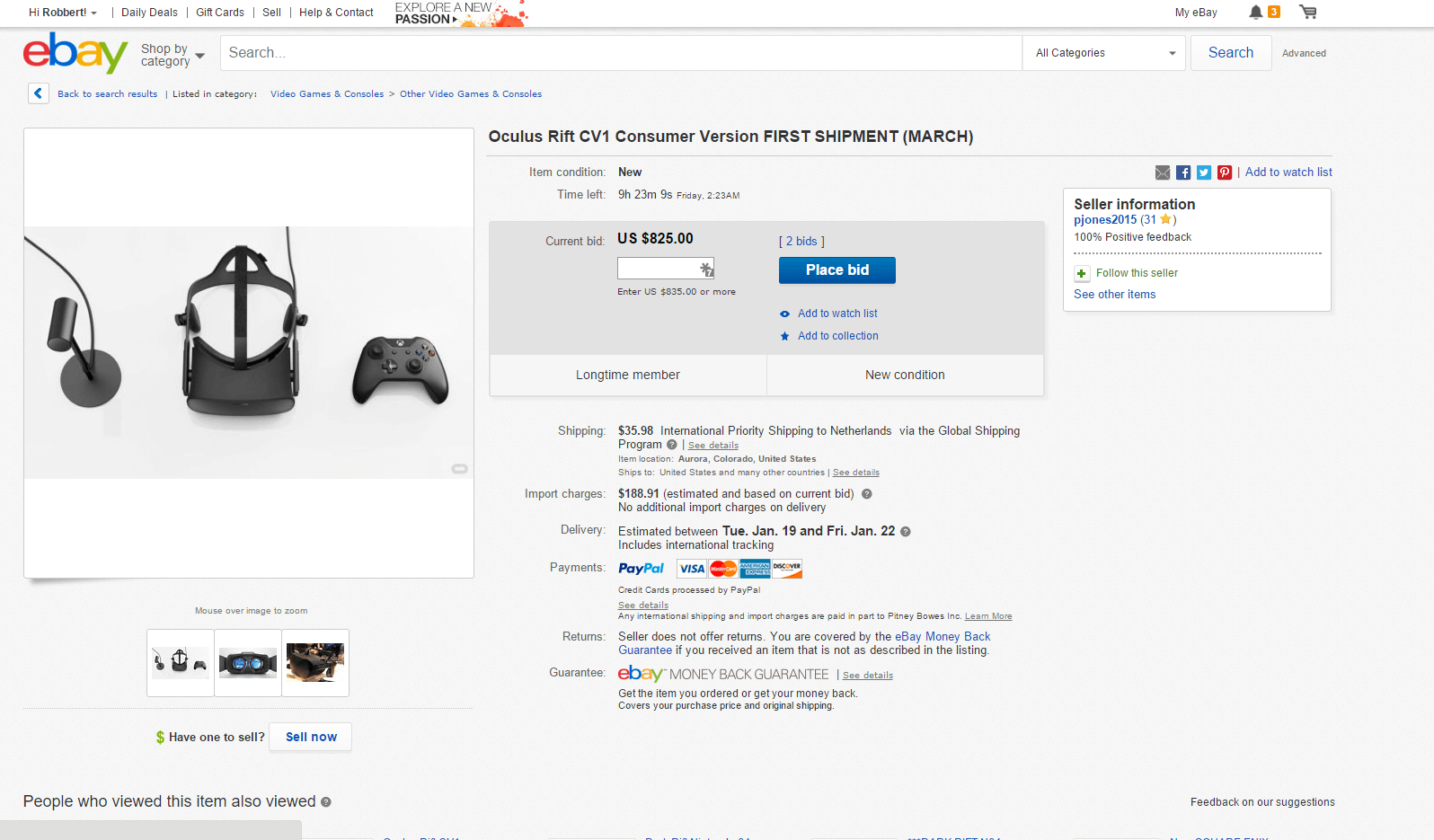