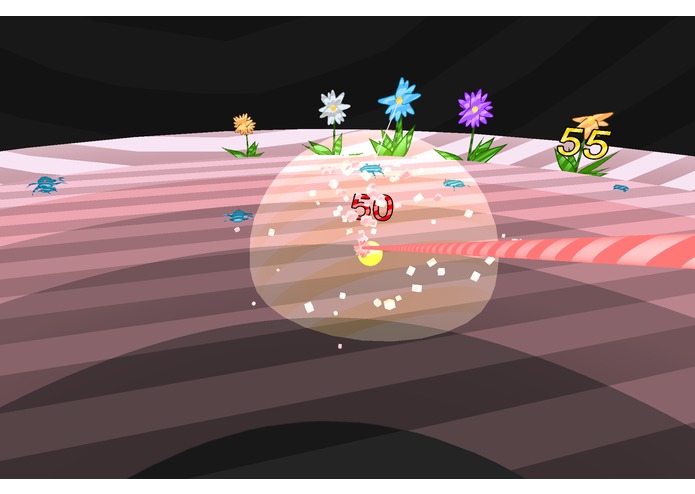 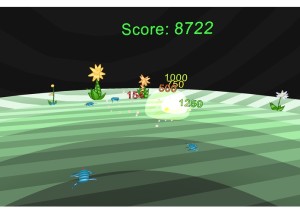 You’re a passionate gardener tending to your collection of beautiful delicate flowers. However when your garden gets infested with a new strain of bugs that see your leafy children as nothing but a tasty lunch, you freak out. As one pesticide after another fail to deter the pesky buggers, you get mad, order a head mounted laser and take things into your own hands.

Flower Guy offers a unique game-play tailored specifically for the Gear VR headset. You unleash fiery torrent of coherent photons by pressing your finger against the touch-pad on the side, allowing you to burn the bugs one by one.

And what’s even better… the bugs explode! Aim smart and get sweet extra points for chain the kills, gathering extra points to climb the public highscore ladder, the arcade style! 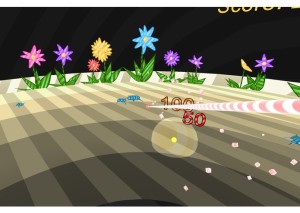 As the infestation grows, you’ll have to get more creative however and utilize a variety of objects that just happen to cross your garden, such as cartoonish bombs and various powerups, not that you wouldn’t feel powerful enough having a freaking laser mounted to your head!

Don’t forget to release it anytime you don’t use it though, all that burning takes up energy and if you give it opportunity to recharge, it’ll repay you with much greater efficiency at bug cooking. The longer you protect your garden (don’t forget to look behind you too!), the more points you’ll collect, beating other players.

0
0   0
previous RC Playground - Demo
next Insidious Chapter 3: Into the Further