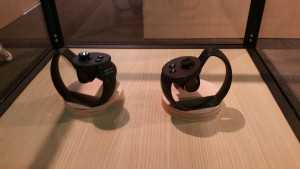 Oculus announced his next SDK version 0.7 ,which should be available on August 20th. Many changes are made.

First of all, Oculus has worked with AMD and NVIDIA to enable to lower the maximum latency via a new Direct Driver Mode. Instead of adding VR components between the OS and the graphics driver, these components will be directly use the drivers.

The updated video drivers will be required from the manufacturer. The extended mode will disappear and Direct HMD Access will be replaced by Direct Driver mode.

The consequences of this update are that software created in versions prior to 0.6.0.1 SDK and Unity 4.x are out-of-date and no longer work the new runtime. Many applications will need to be updated or simply cease to exist.

With this news, Oculus seems to predict the output of the SDK 1.0 for November. In the meantime, in order to accelerate their development, each runtime will not be released until its compatibility assured the previous version of the SDK. So the 0.7 runtime will be compatible with the 0.6 and 0.6.0.1 SDK. To facilitate developers need to stay on Unity 4.x, a compliant SDK 0.6.0.1 will come but support on Unity 4.x will become minimal. 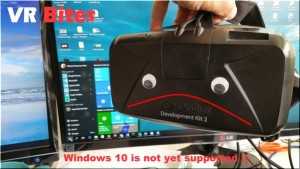 Something that the new SDK will probably also bring is Windows 10 compatibility. I talked to some of the Oculus Rift Developers at the Gamescom, and they were telling me the latest Engineers Sample was already compatible with Windows 10. So it would make sense if he was talking about SDK 0.7 (which had not yet been announced). He also told me they focus mainly on the 1.0 SDK and final unit. He couldn’t assure that the Developers Kit 2 will get legacy support in the final stages of the Oculus Rift. That worries me a bit. But time will tell. Did you already updated your program to 0.6?