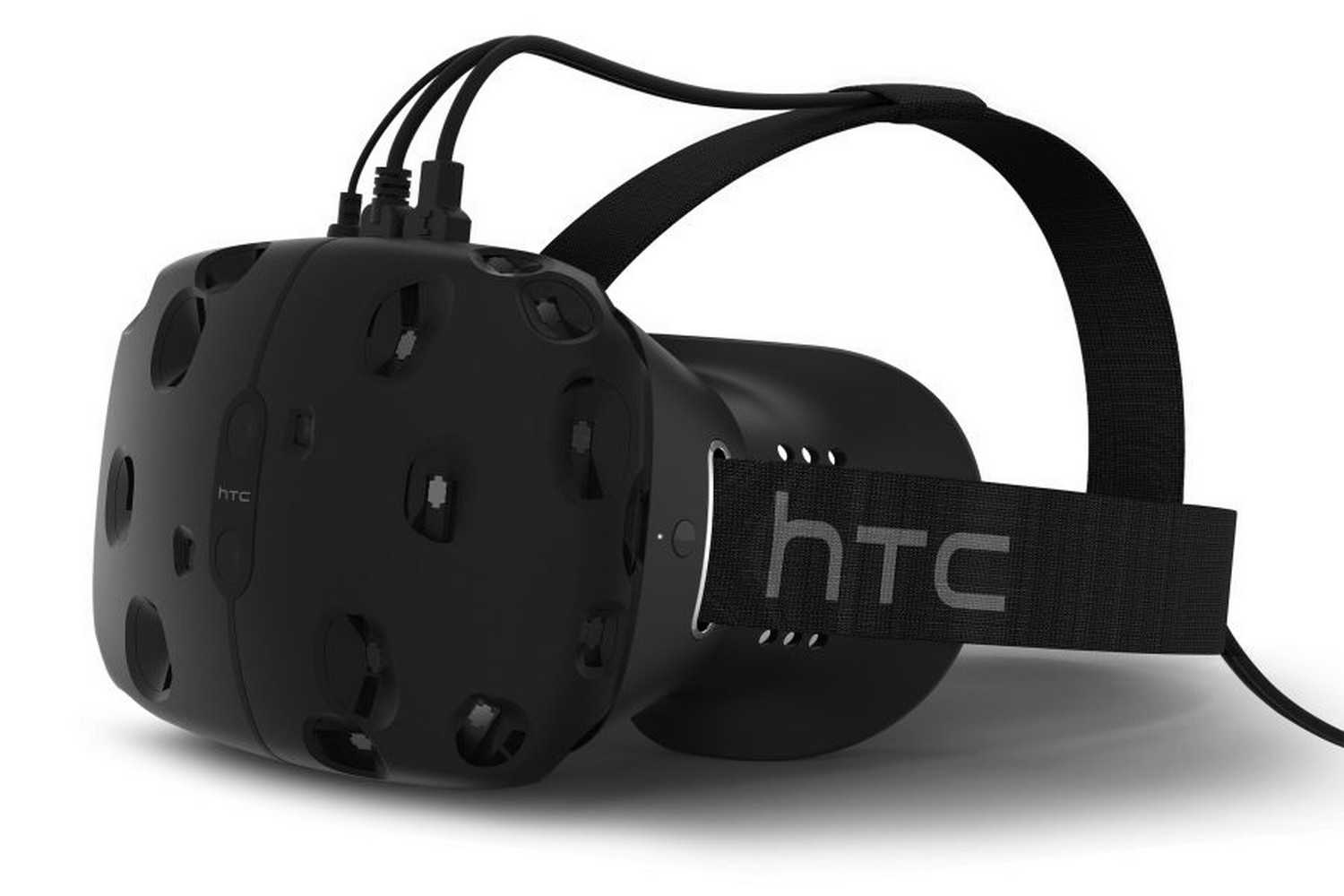 The HTC Vive arise from the collaboration between HTC & Valve. It heavily dependent on the freedom of movement. Most specifications of the glasses  are still unknown, but the release date is scheduled end 2015. By then HTC want at least 50,000 to be copies sold.

The unique feature of these glasses, in comparison with the Oculus Rift, is the freedom of movement. The Vive offers the possibility to walk around. The system works with two fixed sensors (VR base stations),  which must be place the ceiling and a laser position sensor on the front of the headset. These sensors determines your exact location in your living room. You don’t have to worry about running into wall’s, the Vive provides an automatic clearance of one meter. However objects such as tables and chairs must be put aside. The disadvantage of this method is that you need a lot of space to move freely. According to HTC, you need at least enough space to stretch your arms fully.

The display offers a 1,200 by 1,080 pixel screen in front of each eye, with refresh rates of 90 frames per second. The displays can show photorealistic images, that fills your field of vision in all directions. The final product eliminates jitter so you don’t have to worry about VR sickness.

You can control the Vive with two controllers, that resemble PlayStation Move controllers. The sensors on the ceiling can follow exactly the moves on these controllers and they properly also have a build in gyroscope and accelerometer. Demos showed that the tracking still is not accurate and is often a few centimeters off.

Unlike other eyewear the Vive heavily dependent on freedom of movement. However the latest announcements from Oculus Rift indicate they will have the same features for their consumer version. Collaboration with Valve indicates that there will be a big lineup of games for the HTC Vive. Also partners like HBO, Lionsgate and Google indicates HTC and valve is one of the most formidable competitors to the oculus rift.

The HTC Vive Developer Edition is available this spring at SteamVR. The dev kit includes a headset, two controllers and two base stations. The exact release date for the consumer version is still unknown, but will be in end of 2015. It is still unclear if this is going to be a worldwide launch or just for the United States. HTC probably choose for a rollout in the United States first. The price is still unknown, but probably it will be in line with the competition so you can count on at 300 euros.