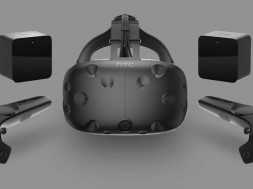 The pre-order month for the Vive has moved up from May to June. Last week Oculus moved their pre-order date, even for their current customers, from June to August.

There was a lot of discontent among the Rift customers. It is possible that the delay of the Rift caused customers to switch to HTC. I have no inside information, but it is likely people are dissatisfied with the poor communication and arrogance Oculus showed these last months.

We are still waiting for the Vive to arrive. Let’s hope that not a similar announced will be made and the Vive will be delayed for current orders.