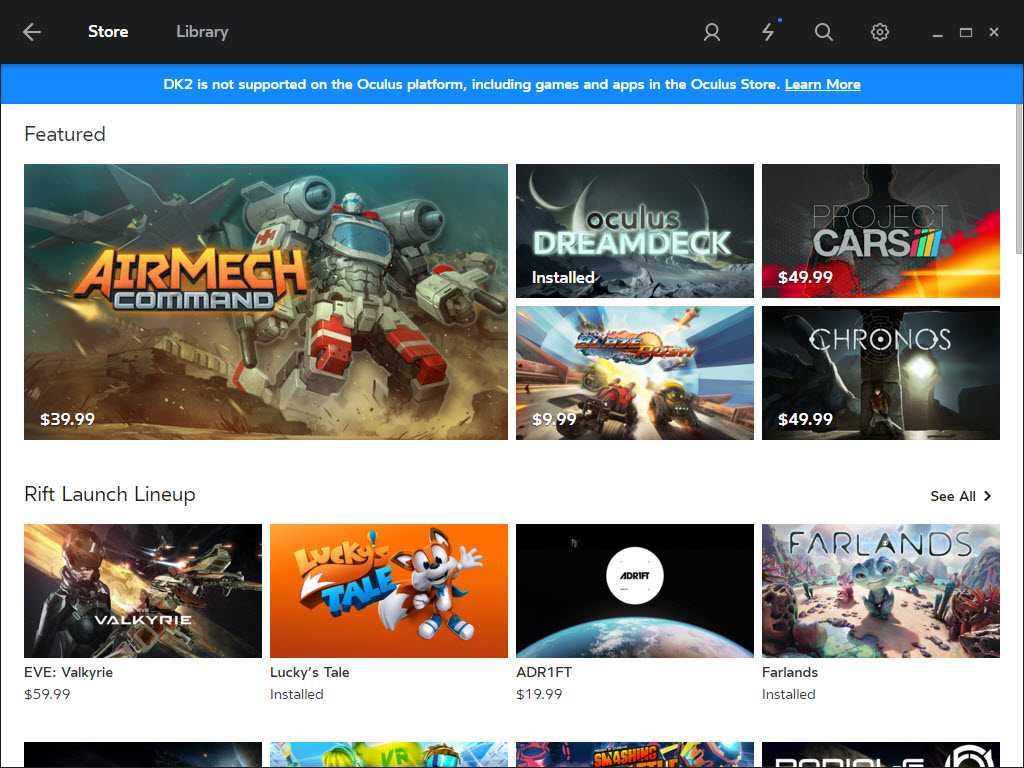 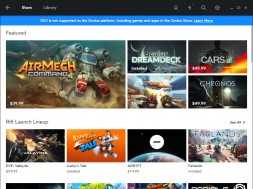 Yesterday the Oculus Rift officially launched together with the Oculus Store. The first Oculus Rift was delivered in Alaska by Palmer Luckey personally. Ross Martin was the first person who placed a pre-order for the Rift and Luckey didn´t want to give the honor to an ordinary postman.

Not only the few people who received their consumer Rift were happy. Together with the launch of the Rift, the software for the Oculus Rift was launched as well. Everyone who already owns the Oculus Rift DK2 (Developer version) can use the games and the software, though the software alerts that it is not suitable for the DK2. This is partly because the Oculus Rift DK2 no sensor that can detect whether you have the headset on your head. When the store opens the Rift turns on automatic and that can cause the DK2 screen to damage. So be alert to turn your DK2 off when you´re not using it.

The setup file is only 3 MB, the installation files are downloaded through the setup. The entire installation takes about 1.2 GB of disk space. At the time games can only be installed on the Windows installation drive. Oculus is working on an update that gives you to possibility to choice another installation folder or drive.

The Oculus Store can be used while wearing VR headset and can also be used on regular display. At his moment it offers about 30 games and a few programs. Prices range from $ 5 to $ 60. Payment can be done with a credit card.

If you already purchased a game through Steam, it is up to the developer whether they provide a free activation code for the Oculus Store. Frontier offers a free copy of Elite Dangerous if you already own the game. It´s unclear if the developers from Subnautica, Andr1ft and Project CARS will offer a similar service.

0
0   0
previous Palmer is personally delivering the first Rift to Alaska!
next HTC started shipping the Vive!