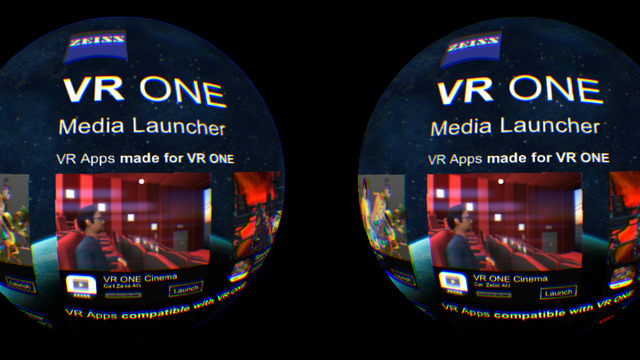 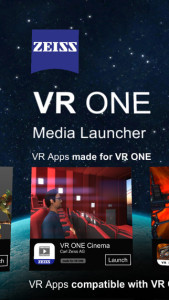 Apps listed in the category “VR apps compatible with VR ONE” can be started within the Media Launcher app. Except iOS VR Apps, which does not support the URI scheme.
However, as “VR apps compatible with VR ONE” are not optimized for ZEISS VR ONE, the visual experience may be unpleasant depending on the quality and distance of the center of both images of the VR app. If this happens, exit the app.

Apps not having the UI Navigation on board can also be listed in the Media Launcher, e.g. the VR ONE AR App.