Ubisoft has VR compatible games in the pipeline

Ubisoft has VR compatible games in the pipeline 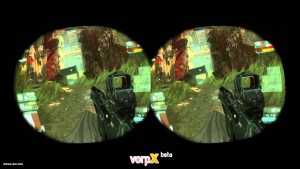 The CEO of Ubisoft, Yves Guillemot, has announced that the company has VR-compatible games in the pipeline and that we can expect some games somewhere next year. The company wants to wait until the VR headsets, such as the Oculus Rift, or HTC vive are widely available.

Unfortunately Guillemot named no specific titles. He wanted to emphasize that Ubisoft sees great potential in virtual reality and that more gamers withdraws the gaming world. The developer of computer games is currently looking where VR can be properly implemented; because the virtual reality experience also some disadvantages. One can, for example, be quickly dizzy or get a headache when playing to long.

When Ubisoft will announce the VR-compatible games isn’t announced. Who knows we learn more at the Gamescom in Germany this year, where VRBites will report to you the latest VR News