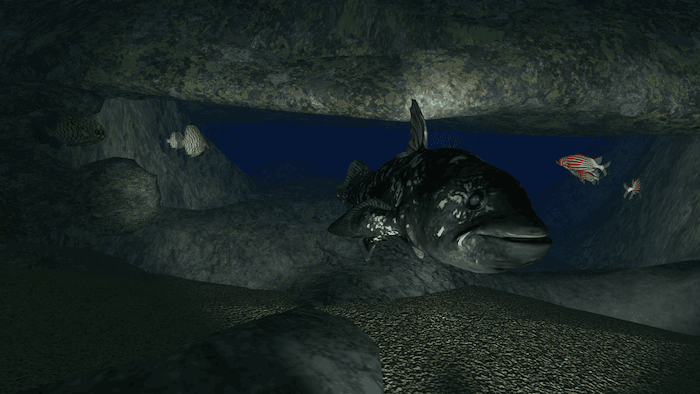 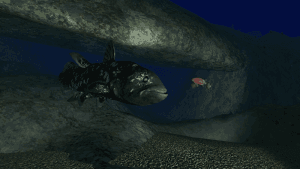 This virtual reality development by Suboceana® is based on the dives of April 2013, by the globally renowned diver and naturalist Laurent Ballesta, equipped with a Blancpain® Fifty Fathoms timepiece on his wrist and accompanied by specially trained divers and researchers from the South African Institute for Aquatic Biodiversity (SAIAB). Together with ten scientists from the Museum of National History and from CNRS, the French National Research Institute left for South Africa to undergo 40 days of deep water diving to meet with the legendary bottom-dwelling sea creature, the cœlacanthe.

Locally known as Gombessa, this peaceful giant measures two meters long and was once thought to be extinct for 70 million years. However, this rare fish, when discovered alive in 1938 has come to represent one of the most important zoological discoveries of the 20th century:

– it is seen as the ‘transition animal’ from backboned fish to the earliest four-legged vertebrate land animals; and

– with its lobe fins and ‘primitive lung’, this fish is the longed-for living proof of early life’s transition from water to land, which took place 370 million years ago.

For over a century, the coelacanth has sparked intense debate between scientists and creationists. Portrayed as a crucial link between fish and land animals, it is without doubt one of the most dissected and debated creatures of our time, and yet we know almost nothing about its way of life. 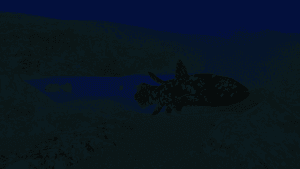 Extremely rare, and living at a depth of over 100 meters, very few direct sightings have been witnessed until now. The GOMBESSA expedition, the result of two years of scientific, logistical and human preparation, will for the first time enable observations and scientific experiments to be carried out in contact with a living coelacanth.

To reach this living legend, Laurent Ballesta and his team of divers will have to perform daily deep water dives to the Jesser Canyon caves, 120 meters below the surface: a depth where each minute passed underwater is paid for in long hours of decompression.

Once in contact with the animal, they would implement scientific protocols devised by the research team from the National History Museum and from CNRS, led by Professor Gaël Clément, paleontologist at the Museum, and by South African biologists, Kerry Sink and Angus Paterson from SAIAB.

0
0   0
previous Elite Dangerous: The Most Ambitious Gaming Development in History
next FlowerGuy