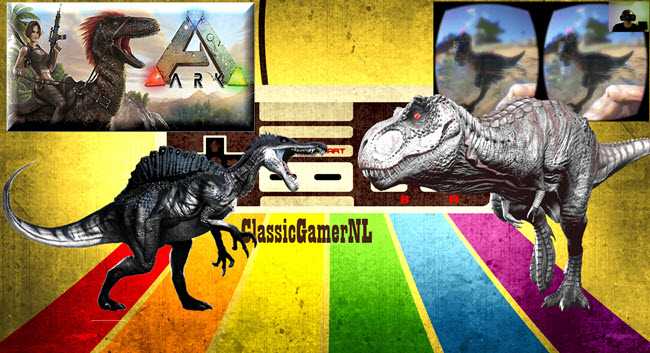 Ark: Survival Evolved is an action-adventure survival video game developed and published by Studio Wildcard. It is scheduled to release in June 2016 for Linux, Microsoft Windows, OS X, PlayStation 4 and Xbox One; the game’s Steam early access has begun on June 2, 2015. The goal in de game is to survive in a world filled with dinosaurs. You can play the game from a third-person or first-person perspective and its compatible with the Oculus Rift. The world can be discovered by on foot or by riding a dinosaur. You can use firearms and improvised weapons to defend against yourself against hostile humans and creatures, with the ability to build bases as defense. You can customize weapons by using items scavenged from the environment. The game has a single-player and multiplayer option, allowing it to engage simultaneous gameplay. 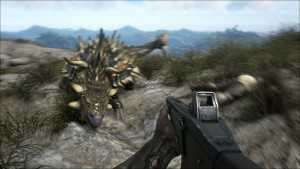 To survive, you must establish a base, with a fire and weapons; additional activities, such as taming and feeding dinosaurs, requires more resources. The game map, known as the “Ark”, is approximately 48 square kilometers in size and there is about 36 square kilometers of land mass, with 12 square kilometers of ocean. The world isn’t randomly made, but static. The developers choose this way, because the could spent more time in details and creating a better experience.

To build a base you must gain structure components—such as floors, doors and windows—which are can be earned by progressing in the game. These components can be crafted, and placed in the world. You can create any structure, as long as they have the logistics and resources; the structural integrity of the building is compromised when the pillars and foundations are destroyed. It is also possible to craft items in the game, such as weapons, which can be achieved by collecting the resources and technology required for crafting. In addition, you can craft and attach accessories to their weapons, such as a scope or flashlight for a pistol or machine gun. 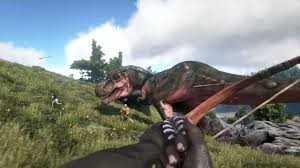 The game is slow, even on my Game pc with a NVIDIA GTX 780, 16 GB 1866Mhz  RAM, i7-4770K at 4,2 GHz. Framerate is around 20fps. The game has a lot glitches and problems in it and crashes now and then. I think the game will be a lot of fun when it is done. For now it is almost unplayable. Also the goals are a bit unclear. It was really fun when I was attacked by a dinosaur and it is realistic and breath taking in VR. I really love the game but cannot recommend this to anyone in its current state. If it is finished I will give it a new spin.