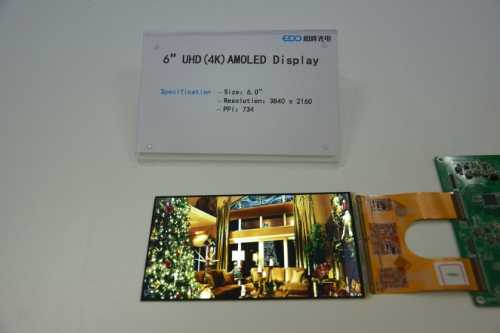 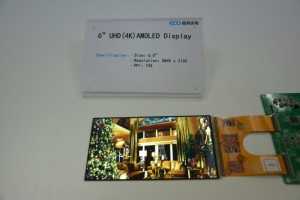 Samsung, Sony, Oculus VR, they all told us 4K in VR was too far away. Well it seems that things are moving far more quickly than expected! EDO, Chinese manufacturer, has just announced a 6-inch 4K AMOLED panel. As we read on it seems they focus on VR headsets: “The successful turning-on of the 6-inch 4K AMOLED panel has opened up wider possibilities for newer applications, such as virtual reality (VR).” “AMOLED displays offer low latency, real darkness with superb contrast ratio and minimal hazardous high-energy blue ray. All these hit the bullseye of desirable features by VR devices. As the VR market grows, so should AMOLED.” Let’s hope they are in time for the VR headsets that are launching later this year and in the first quarter of next year. I don’t think big upgrades like a 4K-AMOLED screen will be possible.

Although an AMOLED screen would be beautiful and pixels will be barely visible the GPU needs to process all those tiny pixels on an extremely high framerate. This probably won’t do for the current generation video cards.