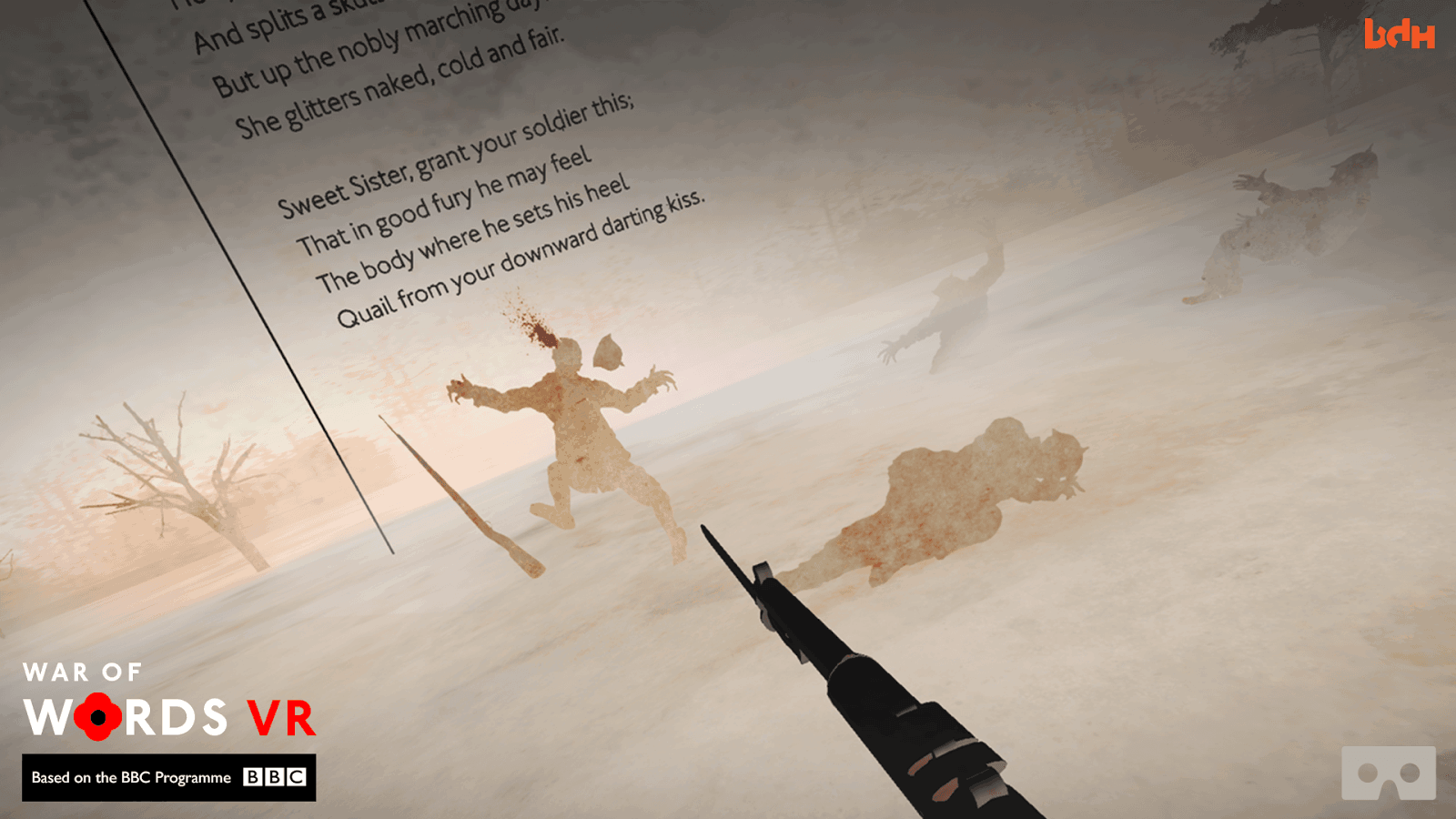 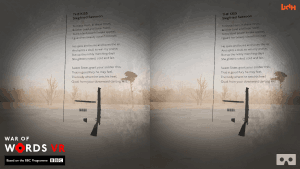 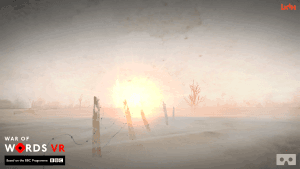 ‘War Of Words: VR’ uses virtual reality to take you back to 1916, and into a mindset captured by Siegfried Sassoon in his controversial poem ‘The Kiss’.
More poets and writers fought in the Battle of the Somme than in any other in history. ‘The Kiss’ was written just before the Battle of the Somme, while Sassoon was on an army-training course. “The bullet and the bayonet are brother and sister”, Sassoon was told during one particularly bloodthirsty lecture, “there’s only one good bosche, and that’s a dead one…”
This experience is designed for Google Cardboard, Durovis Dive, ImmersiON-VRelia GO, VRase and other virtual reality phone mounts. Place the phone in the viewer upon launch of the app. Headphones are recommended.
The viewer will be presented with a circular button – by looking at it you will activate the ‘War of Words VR’ experience. After the performance, play again by looking at the ‘Play Again’ button.
The poet describes preparing a rifle for battle. Following the bullet fired from the rifle will lead the viewer to the second part of the poem. The ‘kiss’ described by the writer is a metaphor for the act of bayoneting an enemy soldier.
‘The Kiss’ is an extract from BBC TWO’s ‘War of Words: Soldier-Poets of the Somme’ – http://www.bbc.co.uk/programmes/b04pw01r
War of Words VR’ is brought to you by BDH (http://www.bdh.net) – a BAFTA and RTS award-winning digital design & direction agency based in UK, in collaboration with BBC Arts. (http://www.bbc.co.uk/arts)
Check out the wider story at #SevenPoems #WarOfWords #BBCArtsAnimated and Produced by BDH © BDH 2014
‘The Kiss’ Copyright © Siegfried Sassoon, by kind permission of the Estate of George Sassoon.
Reading by Philip Perry. © BBC, 2014