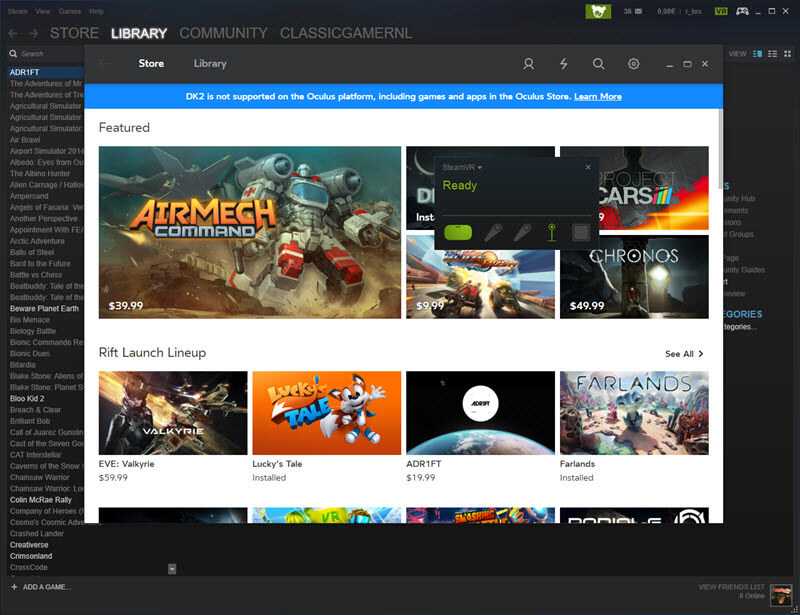 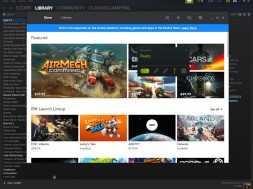 Valve teamed up with HTC, but that doesn’t mean the software only works with the HTC’s Vive headset. Steam works flawlessly with the Oculus Rift DK2 and most players used SteamVR to play their games. After the release of the Oculus Store, SteamVR didn’t work anymore. A lot of VR owners were disappointed. Who was to blame? It doesn’t matter, what does is that SteamVR now works with the Oculus Runtime 1.3. Because the Oculus Store must meet certain legal requirements, a small change in the settings is necessary. But after that you’re good to go!

Enable SteamVR with the Oculus Rift

Start the Oculus Store on your desktop and click on the gear icon in the upper right. Select Settings and open the page General on the left. Locate the Unknown Sources toggle and slide it to the right (a check appears instead of an X). You need to confirm the warning by clicking Allow. Now you’re able to start SteamVR and run it with the Oculus Rift. Use the back (or window) button on the Xbox controller to bring up and dismiss the SteamVR Dashboard. 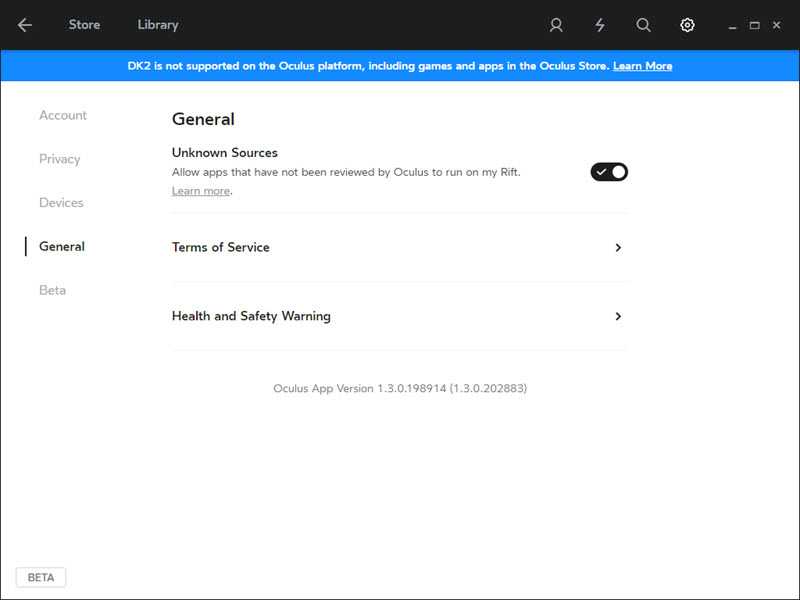 -2
3   2
previous The future is clear new revolution in VR
next Oculus Rift shipping delay - Free shipping for everyone!