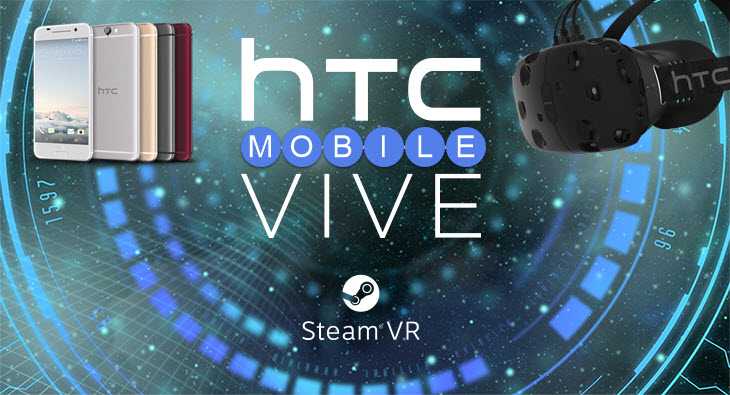 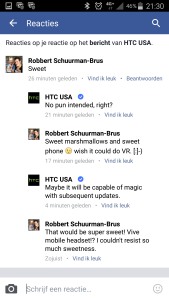 VR Bites is trying to get that question answered for a while now. During our demo with HTC Vive, we were teased with a smile. Today HTC makes us even more curious with a response on Facebook.

On a post about the HTC One A9, HTC responded to the message: “Sweet phone, wish it could do VR” with an remarkable answer: “Maybe it will be capable of magic with subsequent updates.” With that answer HTC gives price that something is being developed for VR. It doesn’t tell if it is just software or a headset, let’s hope it is a headset.

No better pairing this holiday season than the HTC One A9 and Android Marshmallow. #BeBrilliant