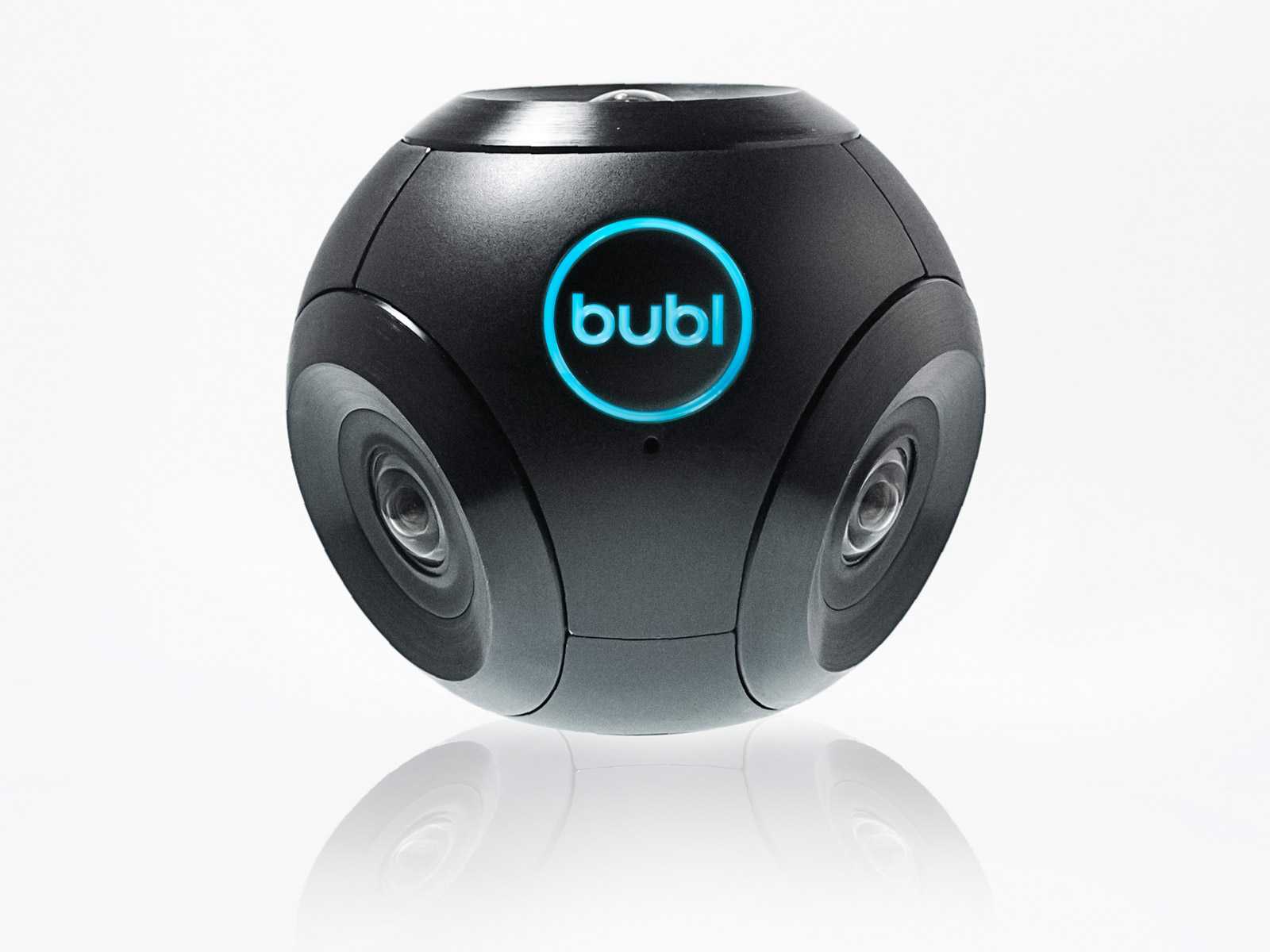 The Bubl is a 360-degree camera invented by Sean Ramsey, a developer who was part of the Google Street View team. His Kickstarter project ‘Bubl’, was a great success and funded more than three times the targeted budget. Now the Bubl is available for the public. The Bubl can be ordered through the developers website (www.bublcam.com).

The Bubl is an innovative camera capable of capturing 100% of the spherical range in photo and video. It does all this without any blind spots. The Bublcam is an end to end technology solution allowing you to capture, view and share pictures through its hardware in combination with its web and mobile app. The format of the Bubl is similar to a baseball and approximately the same size as the Giroptic. Four cameras are positioned with an angle of 190 degrees each. Each camera has a resolution of 5MP and together they produce 14MP The video resolution can film up to 1920 × 1920 with 15 fps. 30 frames per second is possible but you have to lower the resolution slightly (1440p x 1440p). It supports HDR and time lapse video’s. The camera has a an micro SD card slot for cards up to 32 GB and can also work with WiFi.

It is a great advantage that this camera is able to record both still pictures and video. The viewing angle is also impressive, the only blind spot is the basis of the tripod. You can hold the camera in your hands while you are visible in the image. The image quality is not comparable with high quality cameras. The stitching of the images is done pretty good, but most multi-lens-cameras are struggling with a slightly different exposure per camera. The images can be converted to virtual reality to see them with Google Cardboard or the Oculus Rift.

You can order the camera for $ 799, – excluding tax & shipping. At this time they cannot estimate a shipping date for the purchase due to popular demand. The Bubl has a large angle and compact design. The opportunity to take photos and videos is an big advantage of this little 360 camera. The picture quality looks a bit low but it will do. The housing of the camera is not waterproof, but the company is working on a housing that is. For live events in daylight or nice family trips it can be a beautiful addition. There is also support for the Oculus Rift, and there are several 360 degree video apps that lets you view the images in VR. We can’t wait to try out the Bublcam our self to see what is does in real life and write a full review about it.