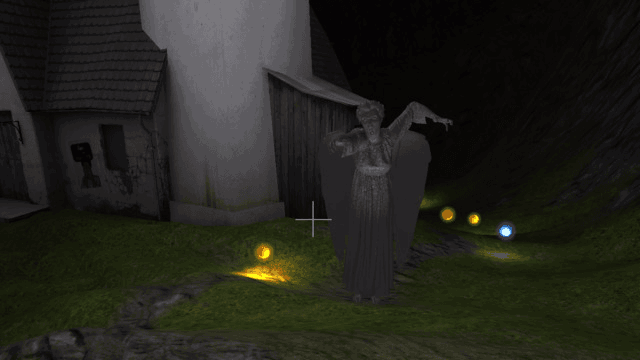 Jump from one dimension to another while unstoppable Weeping Angels are chasing you! You have to fix the structure of the universe in a desperate fight against these mysterious creatures who cannot move if you look at them. When they move, they are really fast!