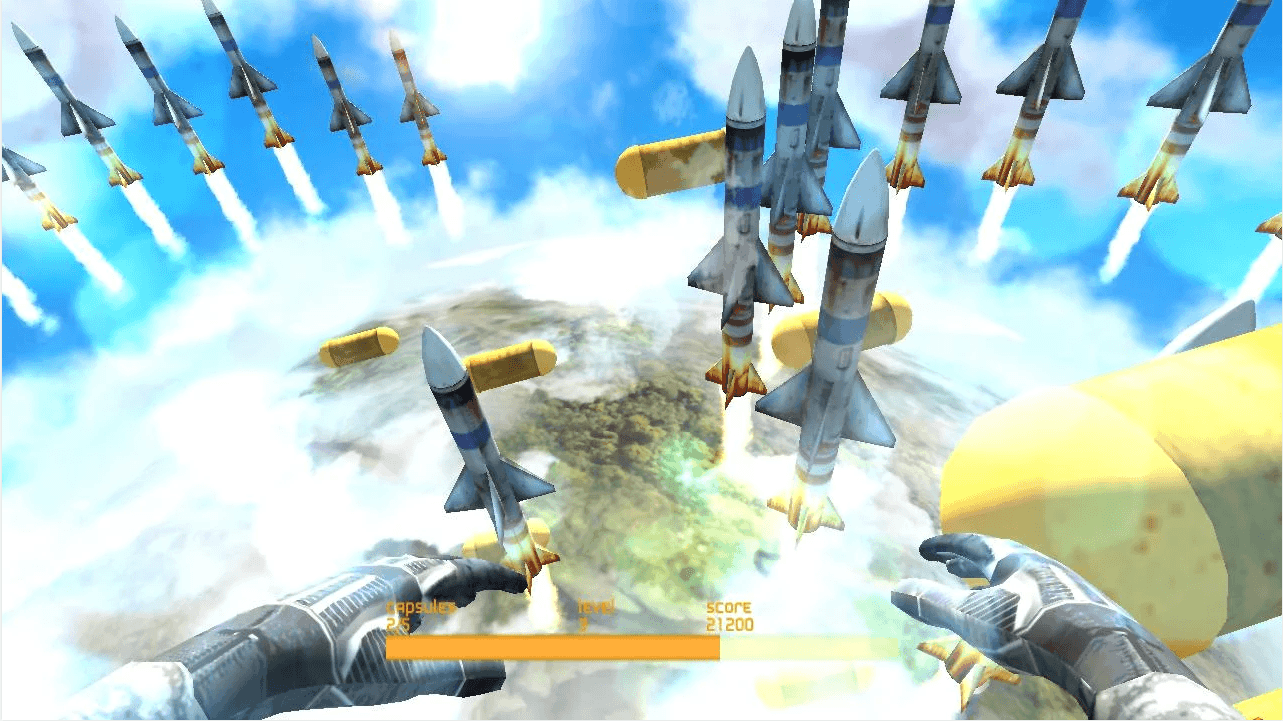 It’s an endless, first-person, score-attack skydiving game! With rockets! In 3D! This is a special edition of the mobile game “Rocket Drop”. It works with Google Cardboard. You play as a sky-diver, who can fly short distances via the use of a jetpack. The jetpack requires constant fuel, which you can gain by collecting fuel capsules as you fall. Meanwhile, you also need to dodge the missiles that are constantly being fired at you. View the world in 360 degrees with gyroscopic head tracking. Hold the button on the Google Cardboard device to use your head as a joystick, allowing you to move within the game environment.