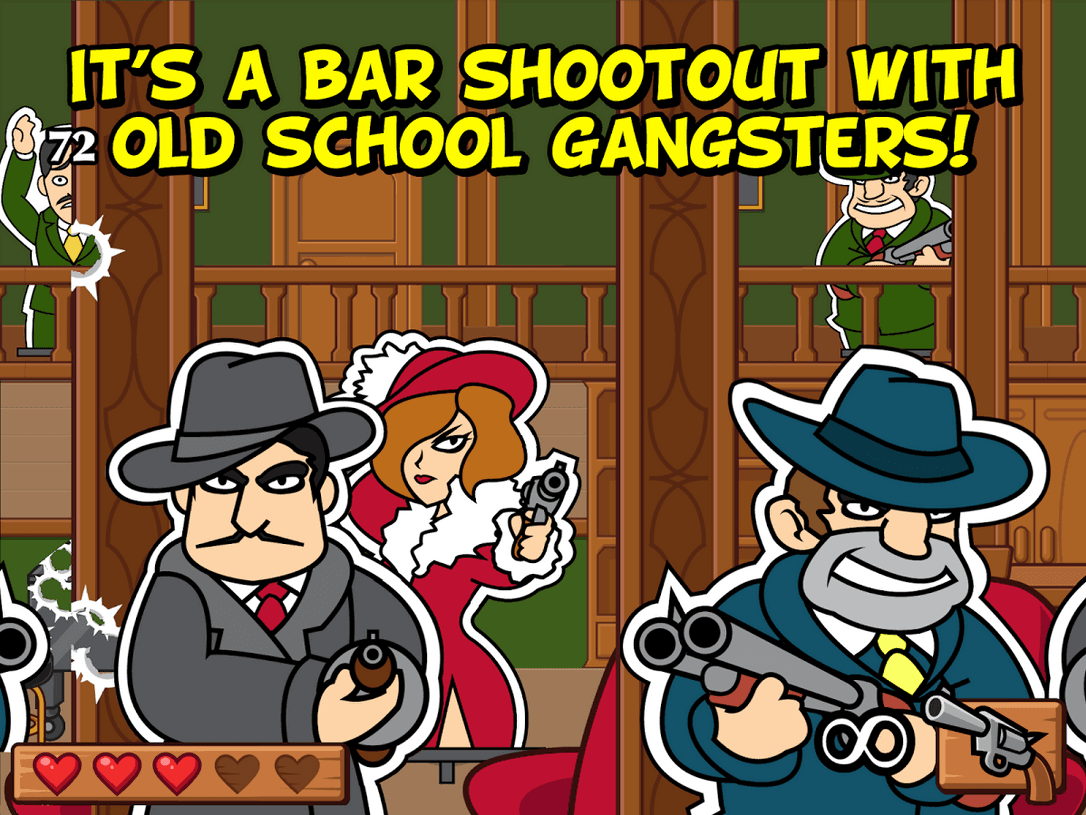 You’re stuck in bar shootout with crazy Cardboard Crooks. How long can you survive against an ever increasing onslaught of trigger-happy hoodlums? — TRY FUN & FREE GAME NOW! — Use your skills to knock off gangsters and pick up special weapons!

WHAT’S THIS GAME ABOUT
Your favorite watering hole has been taken over by a mob crew! There isn’t a flat-foot copper in sight and these thugs are looking to end your days. Whip out your revolver and let ‘em have it!

Tap the screen to shoot those silk-hatted hoodlums. Hit the target center on to bump off the villain immediately. Pick up special firearms from some thugs by hitting their weapon. Cardboard Crooks love their hats. Shooting it off will make them come after you harder.

There’s a pretty blond dame and unlucky bartender caught in the crossfire. You will be penalized for every bystander you hit. Don’t worry about shooting up the bar. You might even find hidden extra lives!

WHO IS THIS GAME FOR
Cardboard Crooks is for gamers with a competitive streak. Its a pure skill-based game where you must hit the right targets appearing at increasing speed.

This is a shooter game with some violence. Though there is no blood and gore, we advise parents to play the game to determine if its appropriate for their children.