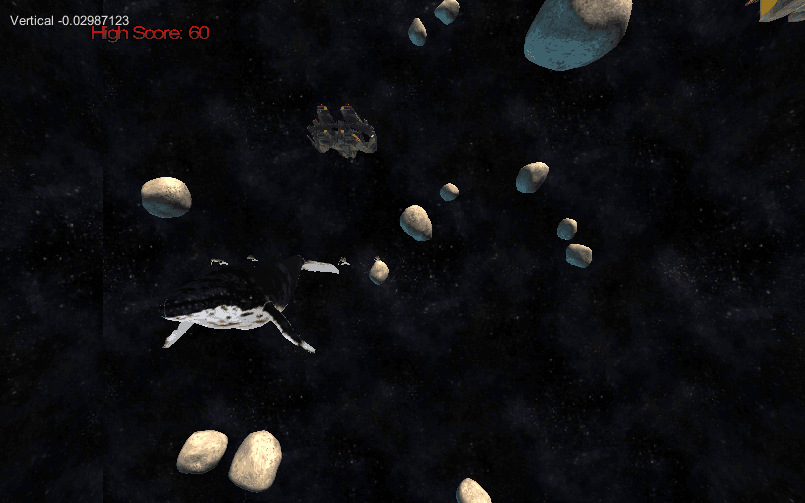 Also known as AsteVRoids – Virtual Reality. This game was done during the Global Game Jam 2014, so don’t expect any miracles … YET! Welcome to the (VR) future NOW! Always wondered how it would look like to play Asteroids in first person 3D and Virtual Reality? This Virtual Reality 3D Asteroids game version support Android smartphones and tablets with a customised 3D printed VR-Canvas (VReX – coming soon).  It can be played with or without a controller. Actually your head/neck/body is your controller! The supported game controller is an OUYA Controller (connected via Bluetooth), but others should work too (in theory). Supported controllers (tested with Nexus 7 2013): OUYA Controller (connect via Bluetooth), Thrustmaster T-Flight Hotas X: No kidding! Connect via on-the-go (OTG) cable. NOTE: Gyro might not work with older devices. This game is not optimised for older devices. Lagging might be possible. Works smoothly on a Nexus 7 2013 and Samsung S5!