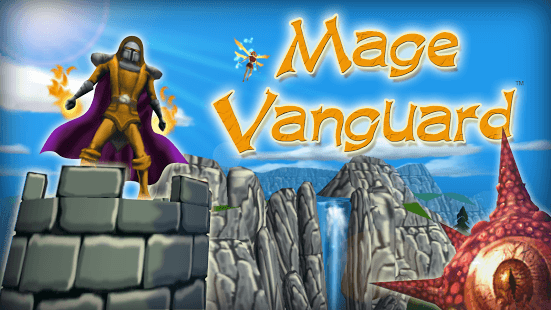 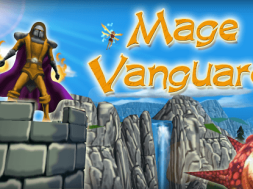 Grab your Google Cardboard…ahem, I mean, gaze through the visor of your magic helm! Count Drakar, in a bid to control the realm, first launches an assault on the King’s most powerful ally, you, the Mage of Pelinore. What will you tell your grandchildren one day? That you let Drakar take control of Pelinore? Or that you, acting as the king’s vanguard, defeated Drakar’s dark assault! Stand atop your mighty keep, and fend off Drakar’s minions of evil. Dragons, giants, bats and more assault you from every angle. Don’t let Drakar win.* (Mage Vanguard started as a VR Game Jam project in the Spring of 2015, and has now been polished for public release.) Right now this is a Google Cardboard exclusive virtual reality game. If you have a Google Cardboard compatible headset, VR Mage Vanguard is a good app to demo your new VR headset to friends. You can get a VR cardboard headset on ebay for less than $10.0. Look for Google Cardboard 2.0 headsets.
Features:
-virtual reality game play using your phone and mobile VR viewer
-super-hard gameplay. Can you make it to the final boss?
-variety of enemies with boss battles. What is the giant’s weakness?
-premium game/no in app purchases.
-360 VR degree view. Play standing up.
-a buddy that helps you spot the baddies when they get too close.
-works with a variety of newer mobile head mounted VR displays.
-use blue tooth mobile device “Button A” or built in VR viewer triggers to activate
-no in app purchases.

*Requires either virtual reality head gear compatible with Google Cardboard 1.0 (with magnet trigger) or Cardboard 2.0. Cardboard (with button trigger). Note that Cardboard 2.0 can utilize a wider number of phones since it utilizes a trigger. .

*Button A on a bluetooth mobile controller can be used to activate clicks on mobile head mounted displays that strap to the head.

Use with the following head mounted VR displays (Any head mounted display without a button/trigger will require a bluetooth controller using “Button A.”)