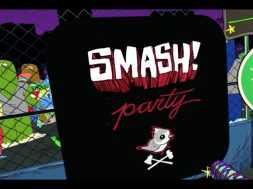 Smash Party is an intense, hilarious, and free VR party game being developed by Viacom NEXT and Titmouse for the HTC Vive. In Smash Party, players can smash a variety of familiar objects from toilets to plates to televisions, surrounded by a virtual crowd cheering their every move.

0
0   0
previous Random Journey
next We Are Stars