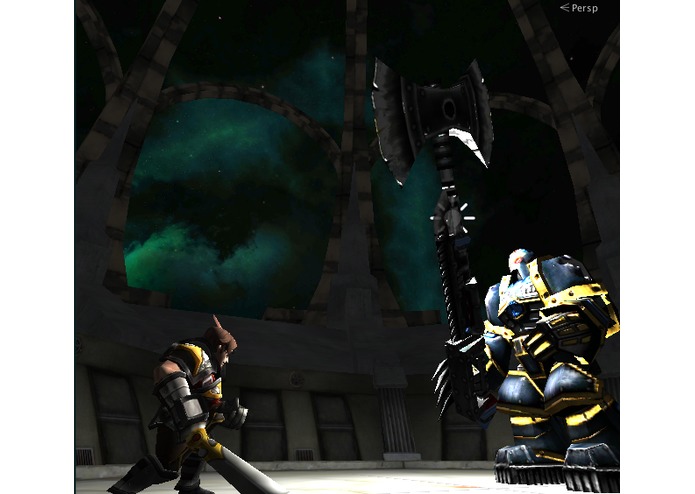 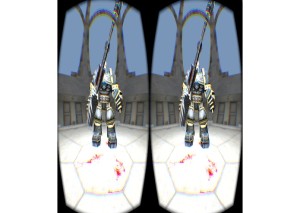 Galaxy Blade is a fighting game following an underdog gladiator forced to battle in an alien world. Taken from earth as a slave your player is dropped into this strange galaxy to sword fight one opponent at a time, battling through an insane space station arena. Starting at ground zero, you the Gladiator find yourself in an arena surrounded by a raging crowd. Dwarfed by an armor clad alien opponent, you hack and slash your way through the game’s swipe-based swordplay. Your Gladiator will be put to the test (in the final boss battle/only boss) when you fight the Alien Slave King for the freedom of you and your fellow slave gladiators. 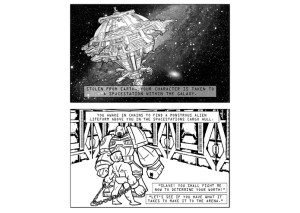 Controls – This game is completely controlled with the Gear VR Trackpad.

Gaze click to start the game and fight. While the shield is active you can not be harmed. Directional swipes on the track pad will control your swings.

Engage your shield by gazing at the block icon then tap and told the track pad.