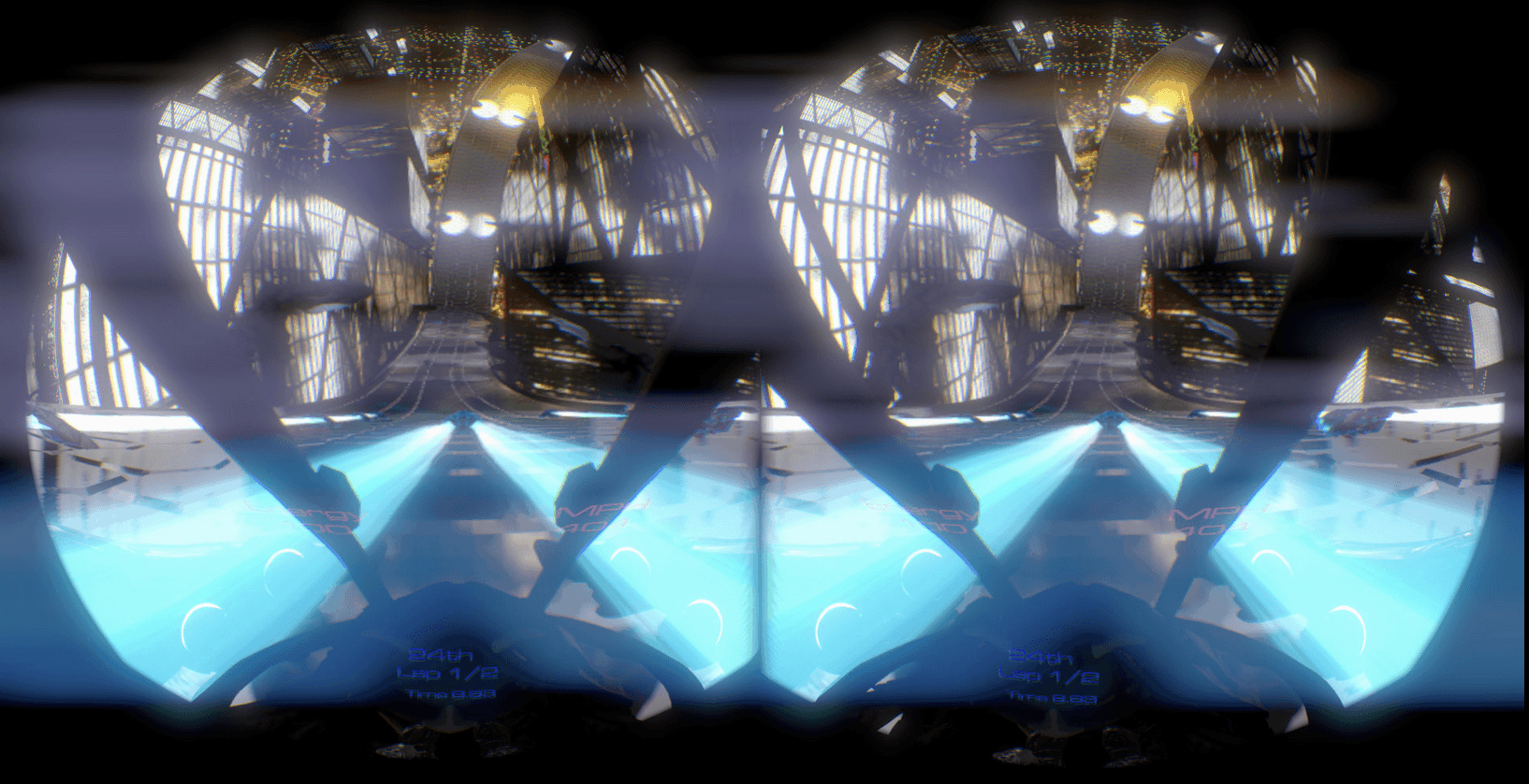 Bank Limit is a futuristic combat magnet racer. It feature 24 other racers competing on a gravity defying track for victory. Featuring face guided lasers, a charge laser, lock-on missiles, turbo and side boosters, as well as drifting mechanics. Experience 1:1 scale at speeds that surpass the sound barrier.This is an experience that can only exist in VR. Future versions will include multiplayer, several game modes, DK2 and Mac support.