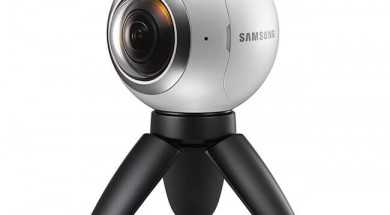 February 22, 2016 Robbert
1
0
-1
0
Samsung has announced the Gear 360, a spherical camera that has two fisheye lenses which allow you to record 4K 360-degree videos! Photos have an astonishing resolution capable up to 30 megapixels combined. The Samsung Gear 360 has two integrated 15-megapixel cameras, equipped with fisheye lenses that have a wide viewing angle so it can […]
Read more