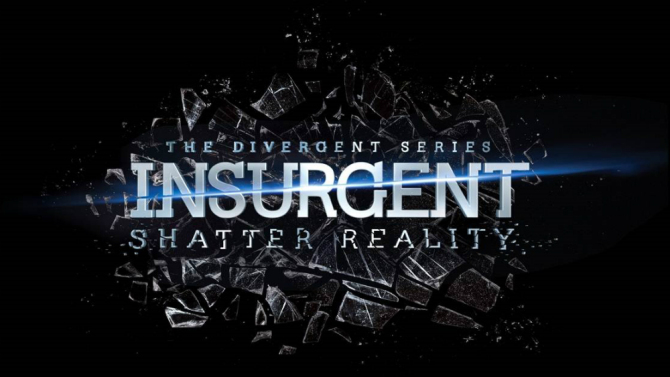 Once in a blue moon, one stumbles upon a gem of a demo by mere happenstance, and finds him or herself clambering to retrieve their jaw from the floor in disbelief. Insurgent Shatter Reality is one of those gems. A mediocre book, raped and contorted by Hollywood into an all but tolerable movie, and a pathetically short Oculus demo to showcase it all. Sounds like a waste of 4 minutes I will spend the rest of my life wishing I could get back. I would have never given this a second thought had my daughter not recently read the book and expressed the concept might translate well into a virtual reality experience; so we decided to give it a try.

The entire demo takes place in a seated position, thus when hands and feet are placed in the same position as your digital representation within the demo, the brain fully accepts the surroundings as reality. The 3D depth is astonishing, with artifacts and particles are so convincingly accelerated toward the screen, even the most avid “Rifter” will duck to avoid being struck. The loose plot implies you are being experimented upon against your will. The lack of any control scheme other than the ability to move your head gives the unnerving sense that you are restrained, and must helplessly endure the torments that lie ahead.

For a seated experience this is by far the best demo I have played on the Rift. Insurgent exemplifies the direction movies can, will, and must take if and when the virtual reality revolution takes hold. Shatter Reality is a quick glimpse into the terrifyingly awesome direction the entertainment industry will soon embark upon. In the spirit of not spoiling this incredible experience I will not divulge any details of this short demo as it is best experienced untainted.