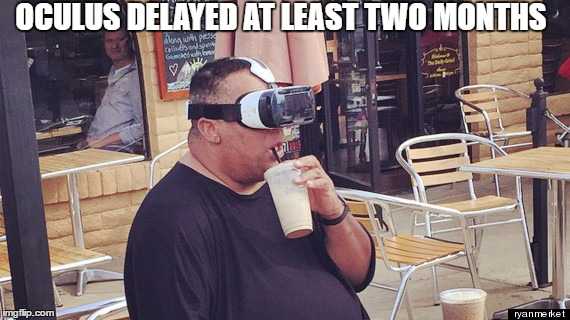 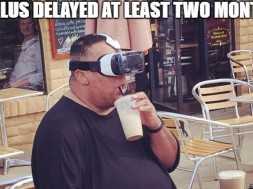 It was known that Oculus ran against supply problems with the Rift. Oculus have sent out an e-mail notifying buyers that their order is delayed. As far as we can see the preorders moved least two more months. Our own March/April order has a new delivery period for June. Who bought the headset in January will receive a similar timespan that varies between May and June. Further details continues to be unclear. Oculus/Facebook policy ‘keep silent and ignore’?

Not only Oculus encounters logistical complications. Europeans who have placed an order for the Vive, ran into problems. Payments that were done by credit cards were not processed and some were automatically cancelled. Although HTC promised to place everyone back into their own queue, there isn´t much movement in this process. The question is, will HTC announce a similar delay on the Vive the upcoming days?

I’ll try to keep you up to date.