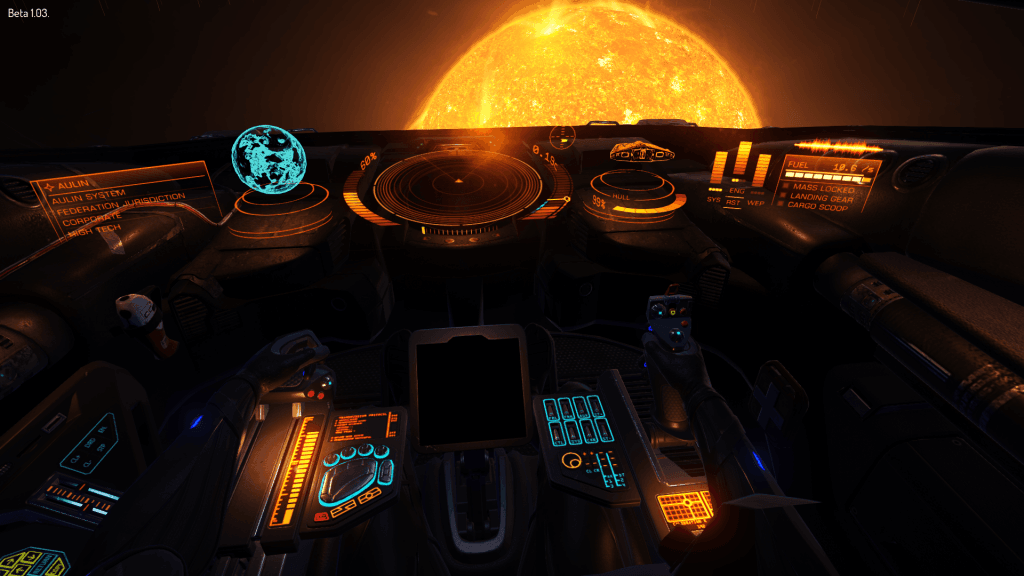 As a child I was always fascinated with the idea of space exploration. In 1990 I spent hours shooting down hordes of Kilrathi, and saving the earth from destruction in Wing Commander.

In the summer of 1993 Lucas Arts Entertainment released Star Wars: X-wing and set the standard for all subsequent space combat simulators.

Lucas Arts quickly followed up with Tie Fighter the next year, released July 1994.  In my personal opinion, Tie Fighter was the pinnacle of combat simulators, unmatched in overall game play for the two full decades that followed.

However, recently with the advent of the Oculus Rift; and a rebirth of the virtual reality genre, a slew of space simulators have begun to poor into the gaming scene: Star Citizen, EVE Valkarie, X-Rebirth,and First Law to name a few.  To add to the mix, a company known as Frontier Developments successfully completed a Kickstarter on January 4, 2013 for a game known as Elite Dangerous (ED). 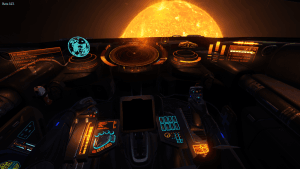 Frontier successfully raised an astonishing £1,578,316 on an ambitious goal of £1,250,000.  Elite Dangerous was officially released on December 16, 2014, albeit still in need of several improvements.   On April 2, 2015 Elite was officially released on steam, and had evolved into arguably the greatest space simulator ever developed.   Elite is not revolutionary in game mechanics, and the graphics; albeit stellar, are on par with most new releases.  Where ED shines is in scale.  All 400 billion known stars in our Milky Way are represented here, accurately to the latest scientific star charts.  Let that sink in for a minute…   You mean I can go outside, find a constellation in the sky, look up the stars names, get into my ED space craft and fly to see them?  The answer is a resounding YES.   Not only fly to them, but you can orbit stars, using their energy to refuel your craft.  It is even possible to visit, and land(with the Horizons update due in November 2015) on the planets within these alien solar systems.  Now in all fairness, the stars and black holes are accurate; however, we have only mapped the planets of less than 1% of the solar systems within our Milky Way.  What this means is the planets are procedurally generated by a computer performing a “best guess” analysis based upon factors such as size, mass, and the proximity of other stars within the sector as well as utilizing data extrapolated from the pool of currently charted systems.

Being that Elite Dangerous is an MMO, there are currently 500,000 plus members exploring the milky way, with new players arriving daily.  As new planets are discovered, they will be mined, new trade routes established, and space stations created.  All the new  activity and increased profitability will undoubtedly attract the attention of would-be pirates who steal ship’s cargo, fetching hefty sums on the black market.  Essentially the creators established the framework for a game, however the players themselves will unwittingly create and shape the Galaxy over the next decade.

In its current state ED will bore most players within a few hours.  There are few densly populated areas for dog fighting, and the current ships have limited range making exploring the cosmos a slow and tedious chore.  However, the creators at Frontier have promised to continue to update the game and progressively grow the ever evolving franchise.  The Horizons update will enable the ability to land on the planets and their moons, then drive on them with small yet nimble vehicles.  Next year we will see the addition of atmospheres and water to these dead worlds, bringing about the opportunity for various life forms to be discovered.  There has even been talk of implementing walking around your ship, stations, and even the planets themselves creating venues for a full on galactic FPS scenario between hyper jumps.

The possibilities are limitless, however the developer’s funds are not.  These updates will be costly.  $60 USD each to be exact.  They do offer a lifetime option for $199 USD which guarantees free updates for the next ten years!  If so inclined, preemptively pulling the trigger on the deal could result in  substantial savings if one is sure they will continue to enjoy the game for many years to come.  There are other costs to consider as well, namely the input peripheral of choice.  The in game graphics are mapped to the Saitek X52 HOTAS joy stick which runs about $150 USD. Even so, I would still not attempt to play this game without a full joystick and throttle configuration.

Elite Dangerous is clearly not for everyone, but if you have a love for space and the need for cut throat aeronautical combat, Frontier’s newest installment may be for you.  So suit up and strap in,  I look forward to seeing you in hyper space!